Kembalikeakar.com – I never thought I would wake up one morning in the digital age hearing the news that a Catatan Si Boy (a 1980s cult movie) remake would be aired on television, Warkop DKI Reborn (a 1980s comedy group) would be screened in cinemas, Blink 182 were topping the charts in the United States and the Pokémon Go game had become a worldwide hit. Do we really live in 2016?

This retro phenomenon does not stop there; in everyday life we can find a variety of gimmicks reappearing, from fashion items and songs, to foods, to food that was popular two to three decades ago.

Strictly speaking, this phenomena can be seen in the younger generation to so-called millennials.
They now tend to like the same things that the baby boomer generation once did.

What is actually happening here? The rapid development of technology and social media may not be able to answer this question. The foundations of an answer to this question do not necessarily lie in technology, but in the human psyche.

Considering the evolution of these trends, we should begin to ask whether there actually is a repetitive pattern in the trend. Or to go deeper than that, whether the trend has a circular pattern that comes full circle over a certain period. If we can answer that, then we can make predictions about future trends.

In fact, scientists are already trying to answer these questions, and some of the most persistent in this mission are William Strauss and Neil Howe, authors of the wondrous book The Fourth Turning.

In the 1990s, they made several accurate predictions about the millennial generation, the members of which were at that time around 8 years old. One of the predictions that proved to be true was the decrease of smoking among youth.

Uncommonly, Strauss and Howe crafted their predictions based on facts from American history.

It turns out that studying the past can help us predict the future. Strauss and Howe found that in spite of various changes in the economy, politics, technology and trends, human archetypes from time to time have the same pattern.

Using Strauss and Howe’s approach, we can assume that the character of the millennial generation in Indonesia today is the result of collective experiences in the past. What we see could conceivably be the reemergence of old archetypes.

Usually the formula for the “outbreak” of Indonesian youth trends is very simple, most of them are influenced by overseas trends channeled to them via media.

If Indonesian youth in big cities now have better access to overseas trends, then the case should be that any trends in the US or Europe could be immediately imitated by youth in Indonesia.

However, that does not always happen. There are various anomalies that are not linear with trends overseas. One of them is favoritism toward local culture.

In Yogyakarta a hip-hop band who sing and rap in the Javanese language bring up local indigenous issues in their songs, while in West Java the hardcore music scene is mashing up their music with ethnic Sundanese instruments, one of the most prominent being Karinding attack. In Sumatra, from Medan to Sabang we can easily find many youth fashion outlets that display designs with ethnic flair and local gimmicks.

Those definitely have nothing to do with international trends. My intensive research on youth culture with Youth Laboratory Indonesia confirms it.

I wonder then if the generational archetype cycle is also happening in Indonesia. Historical and generational studies conducted by Strauss and Howe have driven me to follow the same approach in explaining the various anomalies of existing trends in Indonesia.

I draw the boundary of generational archetypes from the 1900s, since the century spawned numerous national revolutionary figures like Sukarno, Tan Malaka, Agus Salim, Budi Utomo and HOS Tjokroaminoto. They lived in the era of colonialism, marked by major crises of identity, economic discrepancy, food deprivation and poverty. Such conditions create what is called a prophetic generation: one that is highly ideological, religious and has a high sense of nationalism.

After the prophetic generation passed within 30 years, came a new breed, a so-called generation of heroes. They appeared in the midst of national instability, a clash of ideologies and disintegration.

Their traits are strong optimism, a tendency to be ideologically fanatic and a sense of responsibility for the future of the nation.

Thirty years later appeared a new generation with a more competitive edge, who tend to be individualistic and less ideological. They are the nomad generation. They grew to maturity in an era when economic development was the primary purpose, freedom of speech was hampered and ideological discourse was a taboo. Some of its leading names are Iwan Fals, Rhoma Irama, Budiman Sudjatmiko, Rano Karno and novelist Hilman.

Now after 30 years have passed, comes the digital generation that is now known as the millennial generation, the most complicated generation ever. They arrived in the post-transition era, namely one of political reform, in which anticorruption tops the national agenda, radicalism flourishes, liberal economic policy is the norm and mobile technology becomes a necessity.

Representing this generation are Raditya Dika, Dian Pelangi, Dian Sastrowardoyo, Raissa and VJ
Daniel, who are theoretically alienated with their characteristics of feeling estranged, more communal, having a high passion for arts and creativity, pluralism and support of democracy.

They will continue to jazz up various public spaces and this nation’s historical timeline for the next 30 years. When again, theoretically, a new generation will reappear when the four generational cycles have passed.

Like a full circle it will go back to the first generational archetype, which is the prophetic generation.

The anomalous trends and behavior of the current generation that we see today, such as the tendency of consuming old content, liking everything vintage, the rise of nationalism and high curiosity for indigenous culture, indicates that the archetype of this generation is going through a shifting process.

This archetypal turnaround process can go faster when a crisis, either national or global, occurs. This back-to-square-one process is a human defense mechanism of sorts to deal with various social and political challenges.

Comprehending this, we should not be skeptical and pessimistic about our young generation as well as the myriad of crises engulfing the country. We will witness the emergence of new revolutionary figures similar to those who carved out Indonesian history in early 1900s. New Sukarnos, Tan Malakas, Agus Salims and HOS Tjokroaminotos will rise in different forms. Afterward we can expect to see a better Indonesia.

The writer, who holds a doctoral degree in social psychology, is executive director of Youth Laboratory Indonesia.
Published in Jakarta Post August 2016 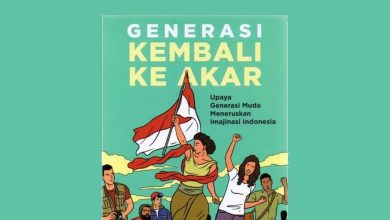 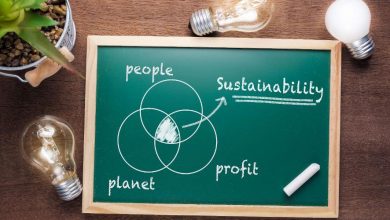 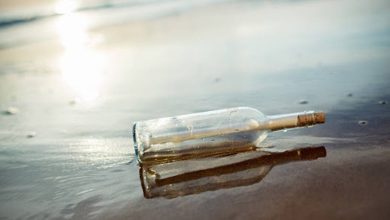 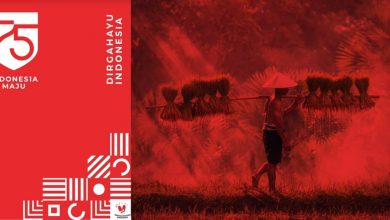